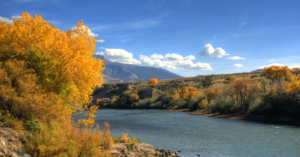 In 2019, the median property value in Palisade, Colorado, was $177,100, and the homeownership rate was 59 percent. The typical travel time to work in Palisade, CO, was 25.9 minutes, with most people driving alone. In Palisade, CO, there was an average of two cars per household.

The income disparity between males and females in Colorado is 0.468, which is lower than the national average.

Three public schools in Palisade, Colorado, are rated good and higher by GreatSchools.

Consider a picturesque valley bathed in sunshine, with excellent recreational possibilities such as fishing, hiking, biking, golfing, or skiing according to the season. That’s Palisade in a nutshell. In addition, you can try some of Palisade’s estate-bottled and small-run wines that have earned praise from sommeliers on both coasts.

You can also meet the local creative community, including oil, pastel, and watercolor artists, sculptors, and glass and clay artists, or attend music festivals, farmers’ markets, and more. Welcome to Palisade, Colorado!

Palisade is in the heart of Western Colorado’s outdoor activities, with easy access to downhill and cross country skiing, fishing, hiking, camping, mountain biking, rafting, and ATV excursions. Stay in Palisade while touring the beautiful scenery of the Colorado National Monument and Grand Mesa National Forest, which are only 30 minutes distant by car on I-70. Enjoy farm-to-table cuisine options and family farm visits in addition to historical walking tours and private wine tours.