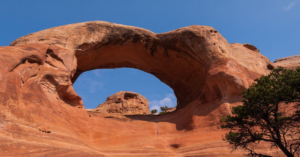 The population of Fruita, Colorado consists of 94.4% U.S. citizens.

In 2019, the median home value in Fruita, CO was $223,500, and 70.9 percent of households owned their homes. The majority of residents of Fruita drove alone to work, with an 18.1-minute commute time on average. In Fruita, CO, there were two automobiles per household on average.

In Colorado, males have a typical income that is 1.32 times greater than that of females, which is $55,618. Inequality in Colorado (measured using the Gini index) is 0.468, which is lower than the national average.

On average, primary care physicians in Mesa County, CO see 891 patients each year, which is a 1.22% decrease from the previous year (902 patients). Dentists, on the other hand, see 1365 people every year, whereas mental health providers see 300 people per year.

What are the best neighborhoods in Fruita?

Cleveland, Orchard Valley, and Wildwood are among the best neighborhoods in or near Fruita, Colorado. Consider investing in a home in one of these well-known areas.

Fruita, Colorado has seven public schools that are considered good or higher by GreatSchools.

There are a couple of grocery stores, at least five coffee shops, more than a dozen restaurants, and a couple of gas stations in the area, but if you need to make other major purchases, Grand Junction isn’t too far to drive!