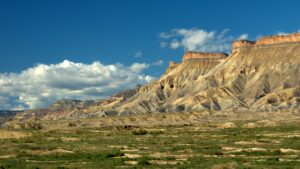 The median home value in Clifton, CO was $143,500 in 2019, which is 0.597 times smaller than the national average of $240,500. The median property value increased from $138,100 to $143,500 during the period of 2018 through 2019, a 3.91% rise. In Clifton, homeownership rates are 66.1 percent versus 64.1 percent across the country. People in Clifton, CO spend 19 minutes on average commuting to work each day and typically drive alone there. Car ownership in Clifton is comparable to the national average; there are about 2 vehicles per household on average.

What are the best neighborhoods in Clifton?

Clifton, Colorado’s most desirable neighborhoods include Clifton Village South, Fruitwood, and Swan View. If you’re looking for a home to buy or rent, one of these popular areas is a good place to start.

Clifton, CO has 10 public schools that have been deemed good or higher by GreatSchools. There are also two private and charter institutions to explore.